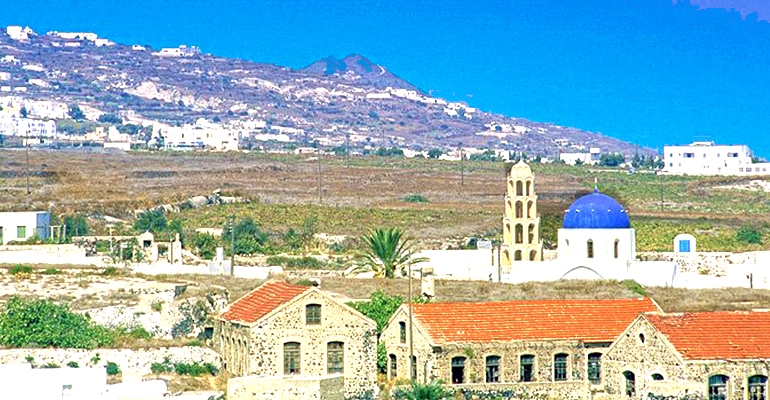 Messaria is a village in Santorini, situated in the center of the island, just 3.5 km from Fira.

It was the industrial center of Santorini in 1929, where the private eye clinic "Agia Varvara", also known as "Danezeio" was founded. In the center of the village the "factories" Venetsanos and Nomikos were also built. Another characteristic of Mesaria village are the houses known for their formal architecture, preserved until today. Those that stand out are the George Argyros Emmanuel, the Markezinis and Saliverou. It has many permanent residents and shops, supermarkets, pharmacies.