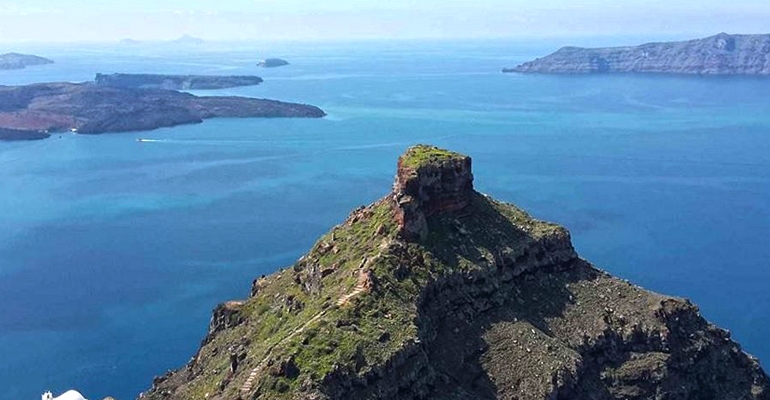 The Venetian castle of Skaros

The castle of Skaros was built between 1205 and 1230, when the Venetians were already the rulers of the island.

In Skaros was the oldest castle (Upper Castle or Rocca) and the subsequent lower castle suffered from falling rocks. The fortification offered protection from pirates. Skaros was formerly the capital of the island until the 18th century. The reason why it was devastated is because of the violent violent earthquakes. Today is completely uninhabited and there is a small church dedicated to Panagia Theoskepasti and few remains of old houses of the village. Regardless of the castle, it is said that the rock offers the most beautiful view of the Caldera.